If you don’t see your profile and course list above, please go here to log in and then return to this page.

The comedy club community are proud to support the world wide “Black Lives Matter” movement. As an African American club owner, the movement is particularly dear to me, unfortunately I have dealt with systemic racism and discrimination, both inside and outside of the comedy industry for over a decade. I truly believe or at least hope all promoters, club owners and festival organizers are working towards a goal of equality and fair treatment for everyone, regardless of one’s race, creed or religious belief. We thank Australian Comedian / Director ” Josh Thomas for his honesty about what really goes on inside the industry when it  pertains to minorities.  or the recent “Lack of Diversity” article published on News.com.au  14 years later after our opening, we are still here and that’s due to determination, perseverance, some supportive professional comedians and the best audiences in the world. Currently, we are Sydney’s longest consecutively running Comedy Club. Upon opening our club, the main objective was to give everyone (Open Mikers/Semi Pro and Pro Comics) an equal opportunity to perform in a professional environment  including minorities who are often overlooked, ignored and even marginalized. For over a decade, our websites images have always shown diversity in the comedy community. We know, as a minority, seeing someone who looks like you, makes it that much easier for you to say “I can do this to”. Our support will always be with those that are silenced, ignored, incarcerated at alarming rates, injured and even murdered based just upon the color of their skin. Anyone that believes all people of all races, creeds and colors shouldn’t be treated fairly, equal and just, “strictly because of the color of their skin”, is a part of the problem and not the solution. We mourn with the families of David Dungay Jnr, George Floyd, Sean Rigg and lets not forget Julian Assange plus many many many more. We should all strive to give everyone equal opportunities, equal justice and equal respect.

Got some spare time on your hands? Thinking of trying stand up comedy? Do our NEW online Intro course  and/or Get the book, register for a class and be ready when the floodgates are released. 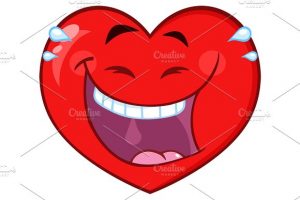 “It’s Back, one of BonkerZ most popular shows. The buy 1 get 1 seat free Valentines Comedy Show. All seats include a box of chocolates (excludes single seats). Killer comics, Killer laughs and yummy Chocolate. Book early. Hosted by USA’s Donte D1. only,  + 18   Celebrating our 14th year of Stand up Comedy Fun”.

BonkerZ presents a 6 Comic Laugh-A-Thon! Celebrating over 14 years of supplying the country with funny people. Join a wild bunch of 6 funny people from around the globe, for 90 mins of non-stop laughs, for a price that won’t send you to the poor house. 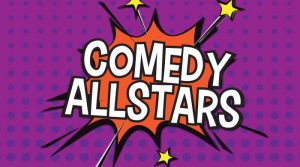 “It’s the crème of the crop in comedy. We’re bringing back our favorites for 1 show only”. Oh yeah, U will laugh!

Australia’s School of Stand up Comedy is up and

This week at BonkerZ Catch a Rising Comic it’s o

This Thursday at BonkerZ Underground Comedy Club i

It was a full house last night at BonkerZ Bring a